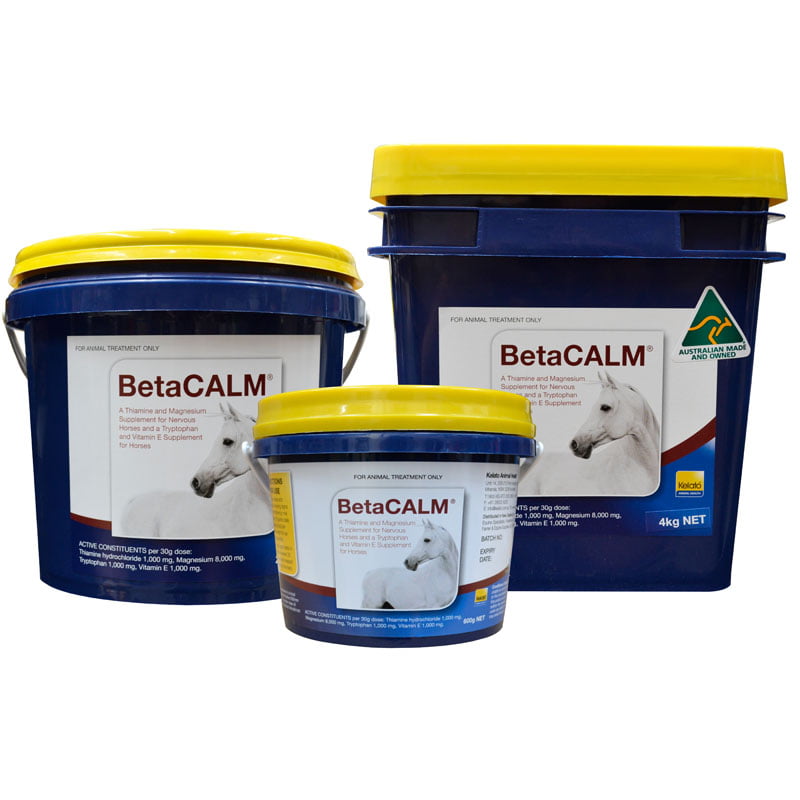 There is nothing worse than trying to handle – let alone ride – a spooky, hyper-reactive horse who just won’t listen.

When it comes to the spooky horse though, there are a couple of things you need to remember. First, it’s in a horse’s nature to follow its “flight” rather than “fight” response, and secondly, there are a multitude of factors that can contribute to difficult, flighty behaviour such as a high starch/sugar feed, age and experience, level of training, housing, pain and digestive conditions.

Before looking for a ‘quick fix’ such as a calming supplement, it is important to assess whether variables such as the ones listed above could explain the nervous, erratic behaviour or whether your horse could have a nutrient deficiency.

Over recent years, magnesium has gained a lot of interest for its reported “calming properties”. So, let’s take a closer look at what it is, how, why and whether it works.

Firstly, magnesium is a vital macro-mineral that plays a role in numerous functions in the horse’s body. The majority of magnesium (60%) is found in bone and approximately 30% is found in muscle. Magnesium is required for all genetic material to work properly (which is pretty important for life!) and it is essential for the activation of over 300 enzymes. Nevertheless, it is magnesium’s role in muscle contraction and nerve excitability that has drawn our attention.

Within the muscle, calcium causes muscle contraction and magnesium induces relaxation. Without sufficient magnesium, the muscle won’t be able to completely relax causing it to twitch and spasm. It has also been reported that magnesium deficiency may cause nervousness, muscle tremors and ataxia (incoordination), with the potential for collapse, hyperpnea (deep breathing) and death.

So, if my horse spooks at a plastic bag blowing across the arena he must be deficient in magnesium, right!?

As mentioned above, there a multitude of reasons as to why your horse might react to different stimuli. It could be that he has never seen that particular plastic bag… blowing in that particular direction… at that particular time of the day. If you can rule out factors such as age, experience or pain however, or, if the behaviour is consistent without improvement over time, then it is reasonable to consider that a magnesium deficiency may be the problem.

While a gross deficiency in magnesium is rarely seen in horses, spooky behaviour may be indicative of a ‘subclinical’ deficiency. The cause of magnesium deficiency can be linked to horses that have a genetic disposition for poor magnesium absorption or other competing minerals such as potassium, calcium, phosphorus and iron may interfere with the uptake of magnesium in the small intestine.

Many horse owners are familiar with the ‘Spring Sillies’, which come about when pasture is lush and green. Spring has sprung and your typically placid, calm horse suddenly becomes spooky, excitable, tense and uncoordinated. The change in behaviour was traditionally blamed on the high energy content of spring pasture. This could still be a contributor, but another underlying problem may be implicated. In particular, young, rapidly growing pasture tends to be high in potassium and low in magnesium. It has been suggested that excessive potassium in the horse’s diet can reduce absorption of magnesium.

I think my horse is showing signs of magnesium deficiency. What type should I look for?

Magnesium oxide (MgO) is one of the most commonly used sources of magnesium in equine supplements. It is easy to source and cheap to buy, but there are better reasons to use it. A high-quality source of MgO contains around 60% magnesium, which is a lot more than the 12% found in magnesium chloride and 25% in magnesium carbonate. MgO is readily absorbed in the small intestine and has an absorption rate of around 50%. So, you don’t have to feed a lot to achieve the level of magnesium your horse needs. In terms of supporting data in horses, a study conducted by Harrington & Walsh (1980) found magnesium absorption of approximately 70% in foals supplemented with MgO, which was a similar finding for those who received magnesium sulphate and magnesium carbonate.

FYI – We don’t recommend daily supplementation with magnesium sulphate (Epsom salt) due to its laxative effect.

Now is the time where you ask whether there is any scientific evidence behind the alleged ‘calming properties’ of magnesium. Until recently, we were mainly relying on anecdotal evidence and reports from owners who saw a significant improvement in their horses’ behaviour. In 2015, researchers investigated the effects of magnesium aspartate supplementation on the reaction speeds of six Standardbred geldings (Dodd et al. 2015). They found that adding 10g of magnesium aspartate to a roughage diet (clover/ryegrass hay), which already provided the recommended daily intake of magnesium, reduced their reaction speed response by more than one third. More research is warranted to determine the repeatability of this study, but it certainly provides some food for thought.

Remember, it’s not just about how much of a mineral your horse needs. Balance is key. As mentioned above, some minerals interact with each other and too much of one can affect the absorption of another. It is important to assess your horse’s diet as a whole to determine whether any adjustments need to be made. Pasture and hay analyses are a good starting point to truly explain what is going on. An analysis may save you a lot of money before turning your feed room into a pharmacy with heaps of supplements!

Finally, don’t forget all those other factors that could be causing nervy behaviour. Ruling out potential causes of the problem will leave you with a much happier, healthier horse.

Want to find out more? Head to the BetaCALM Powder page, get in touch on 1800 Kelato or email technical@kelato.com.au.
« Previous
Next » 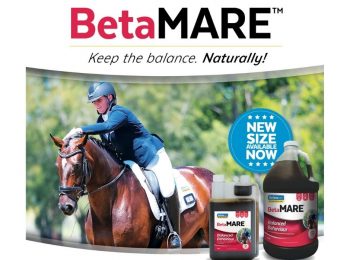 What is MMS and why is my mare behaving this way?

Has “Moody Mare Syndrome” (MMS) sprung in your mare? Owning a mare often involves a rollercoaster of emotions – for both the mare and the owner! A mare’s mood swings are typically accompanied by irritability, muscular tension, erratic behaviour patterns and a generally uncooperative attitude. This quintessential ‘mare-ish’ behaviour can cause disruptions to training and… 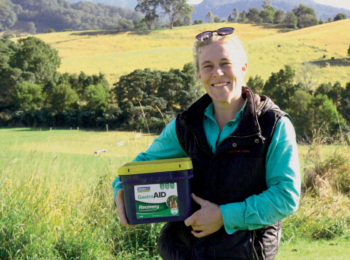 Equine Veterinarian Dr Andrea Boland BSc.BVMS talks to us about how veterinary knowledge of medication meets supplements and making the transition from medication to management in horses with EGUS and EGGD. As a veterinarian, Dr Boland is really happy and confident to be able to recommend GastroAID Recovery and GastroAID Everyday to her clients, both… 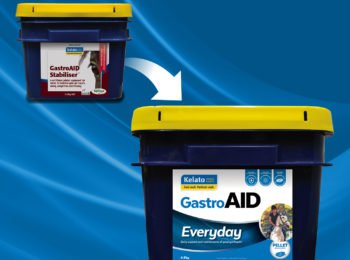