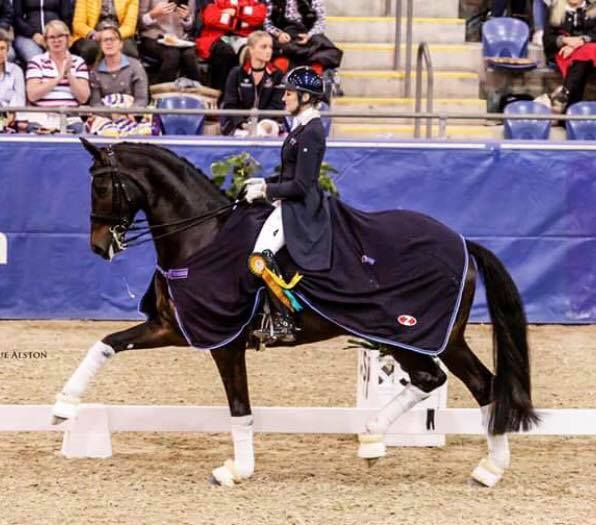 Maree Tomkinson is a name synonymous with Dressage in Australia. Based in Victoria, Maree is an international rider who started her riding career early in life, becoming a very successful show rider. She has won most prestigious show classes, including the Garryowen Perpetual Trophy on two occasions (1991 and 1996). Over a 20+ year show career, Maree has amassed a huge number of champion rider and champion hack titles at all major shows throughout Australia.

Flash forward to 2019 and Maree Tomkinson and DMJ Donna Elena take out the Sydney CDI3* Grand Prix Special Friday in the first Special and the second victory in only the fourth Big Tour competition for the Australian team rider and the nine-year-old mare.

Donna Elena is the youngest of six Grand Prix horses Maree works, and has “great hopes” for the mare’s future.

“My feeling is that she will be a super horse for the future of the sport,” Maree said. “She really has no weakness, she has super gaits, a wonderful character and outstanding rideability and trainability.

“She is almost nine years old now, so still very young. With more balance and competition experience she will be a force to be reckoned with.

“I believe in Donna like no other horse I have ever trained. She is destined for greatness, a seriously international horse. We are very excited about what the future holds for Donna and looking forward to being part of her amazing journey.” 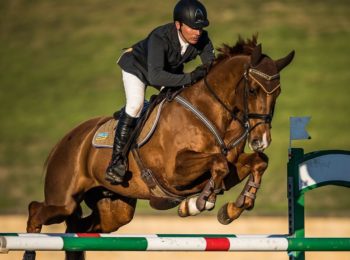 The inside track to peak performance

No matter what part our horse plays in our life – our hobby, passion or career – we all want to see them as healthy, happy and performing at their peak. And since you know your horse better than anyone, when something is wrong, you’re usually the first to sense it. Healthy gut. Happy horse…. 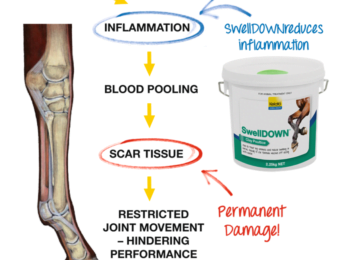 Don’t Forget to Pack the Poultice

One of the most essential items to have in your truck or float when you are out competing is a quality clay poultice. Applied to the horse’s leg, a poultice can reduce inflammation quickly, decrease pain and keep you and your horse in the competition. Travelling, warm-ups, standing in stalls and actually showing or competing… 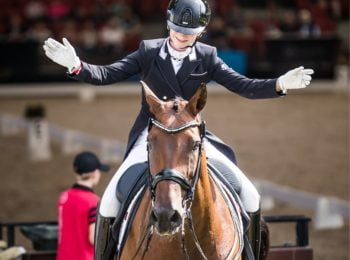